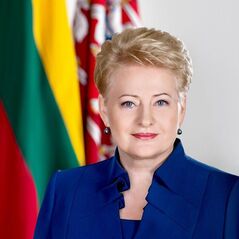 In celebration of the 32nd anniversary of the Restoration of Lithuanian Independence (March 11, 1990) the Havighurst Center is honored to host former President of Lithuania Dalia Grybauskaitė to give the Annual Havighurst Lecture.