On April 15, 1970, Miami University students broke into and occupied Rowan Hall to protest the Vietnam War. After the number of students swelled and postures of conflict escalated, Miami administrators called in the Oxford Police and Butler County Sheriff’s Department to force the students to leave under threat of arrest. Around 176 students were arrested, and the event foreshadowed the tragedy at Kent State on May 4, 1970, which in turn led over 700 colleges and universities across the country, including Miami, to close for portions of the spring semester.

Students in this 2019-2021 lab lab drew from documentary sources in Miami’s Special Collections to produce an augmented reality project for the fiftieth anniversary of these historic events. Videotaped performance pieces and interviews with key participants were virtually embedded via smartphone app into the contemporary Armstrong Student Center, formerly the site of Rowan Hall. The finished work exists now as a virtual ‘skin’ layered over artifacts, photographs, and design features of the Armstrong Student Center. At the intersection of historical research and technological presentation, students considered the limits and possibilities of student activism on major national issues.

In this short video, former Miami students and administrators reflect on what the moment was like 50 years later. 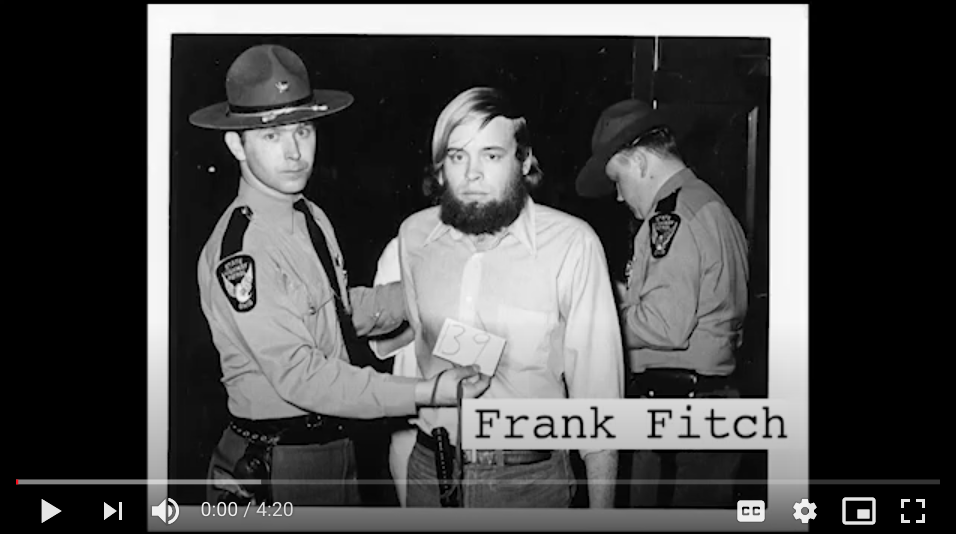 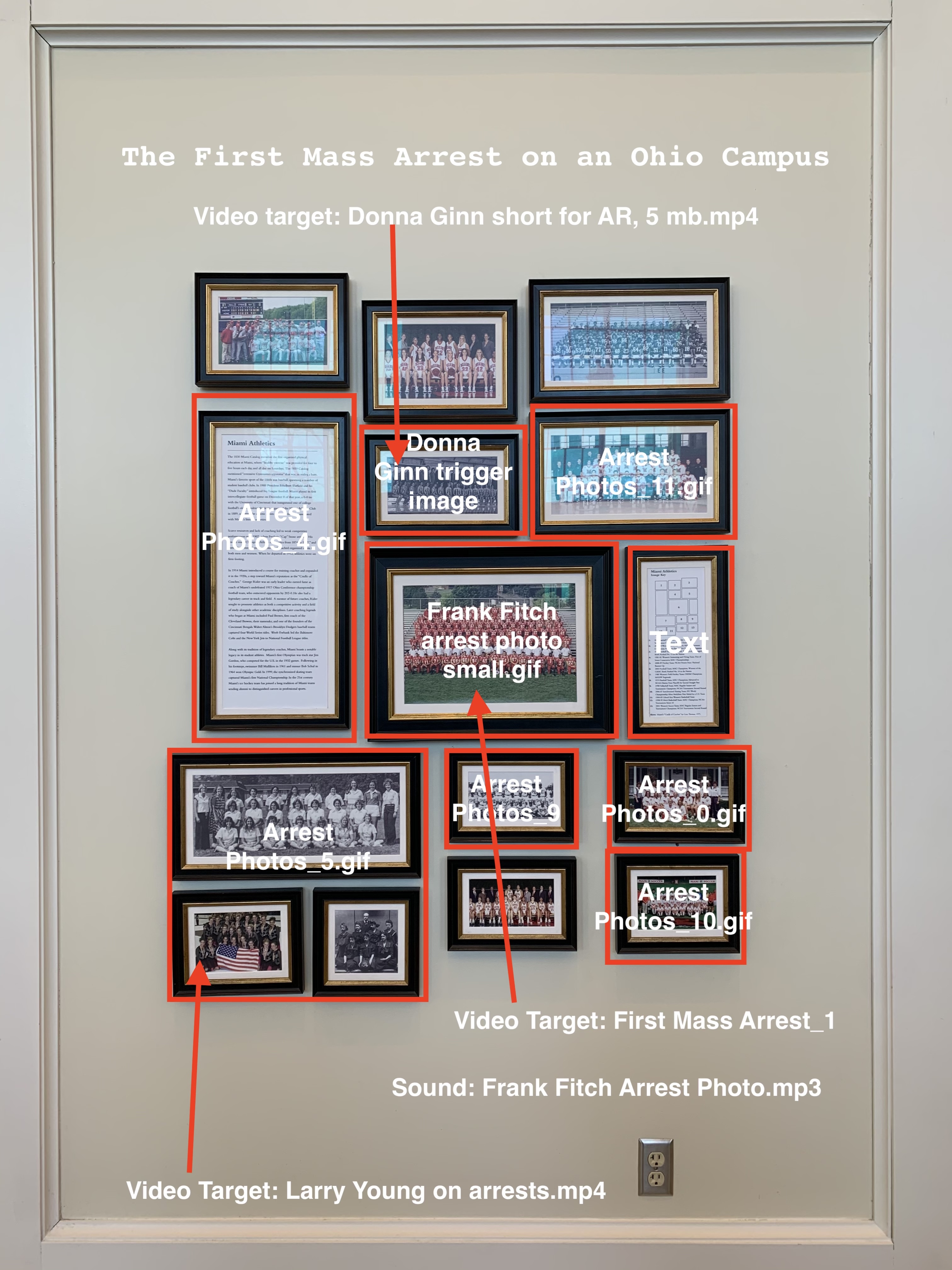 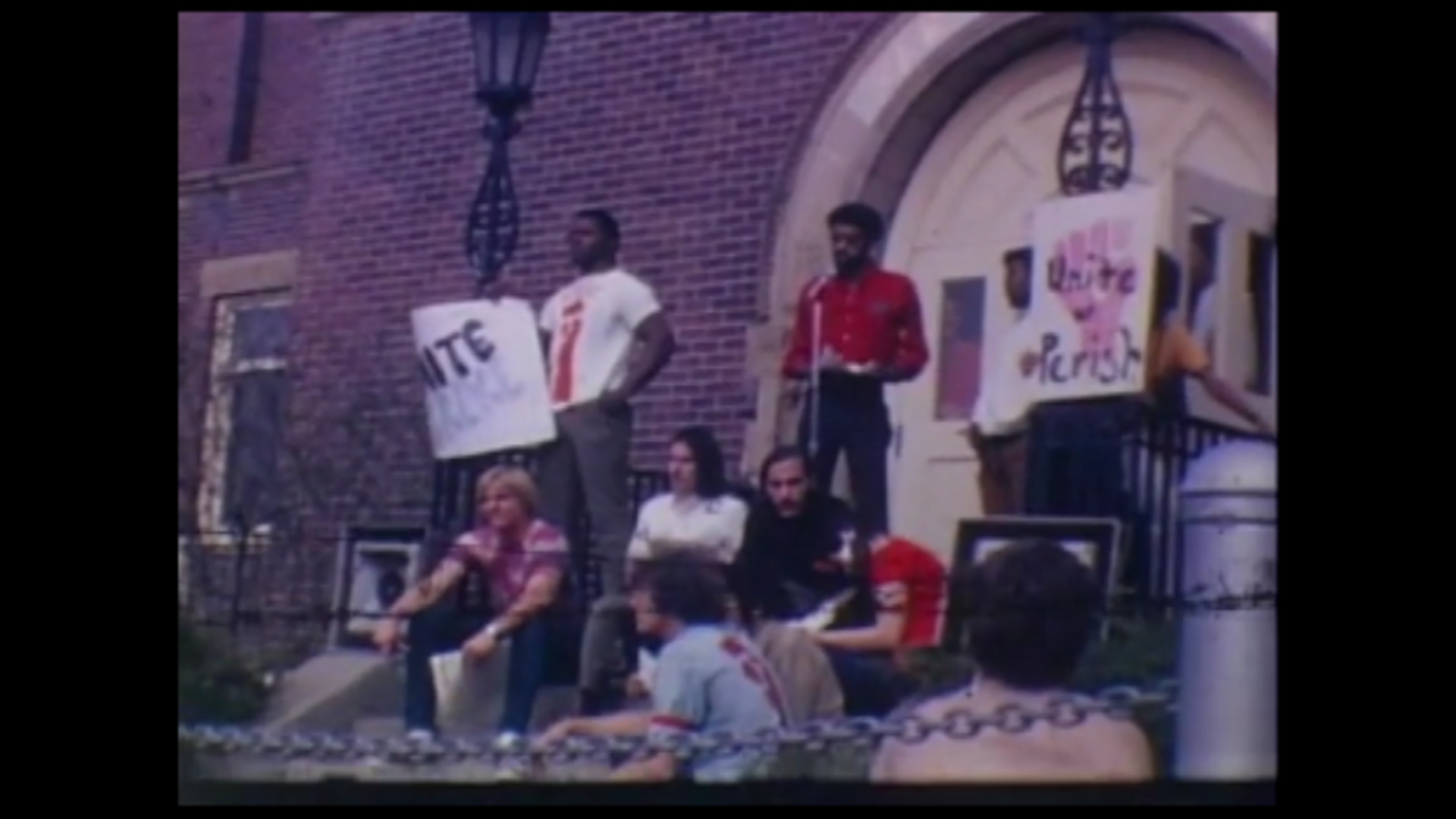 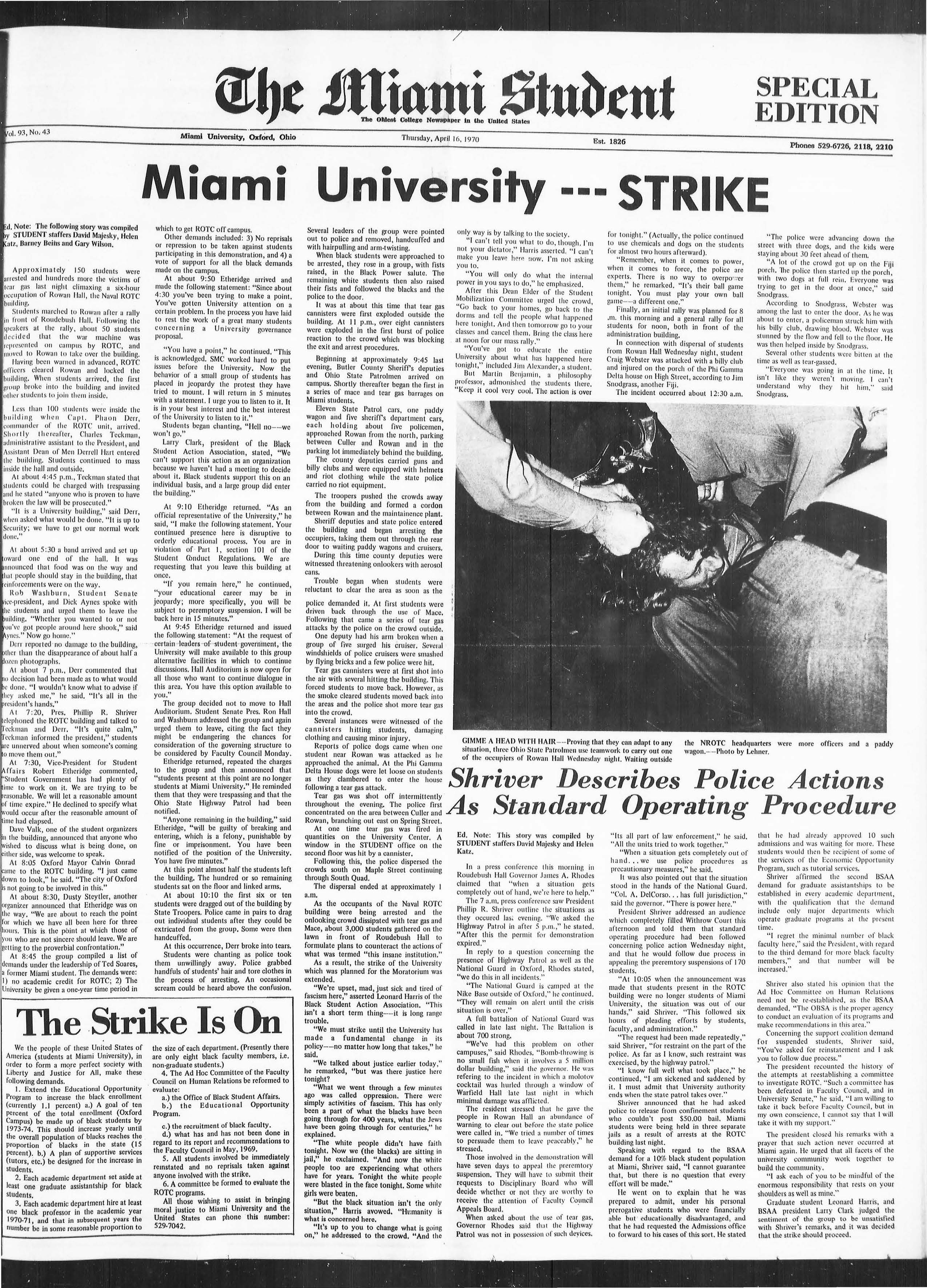 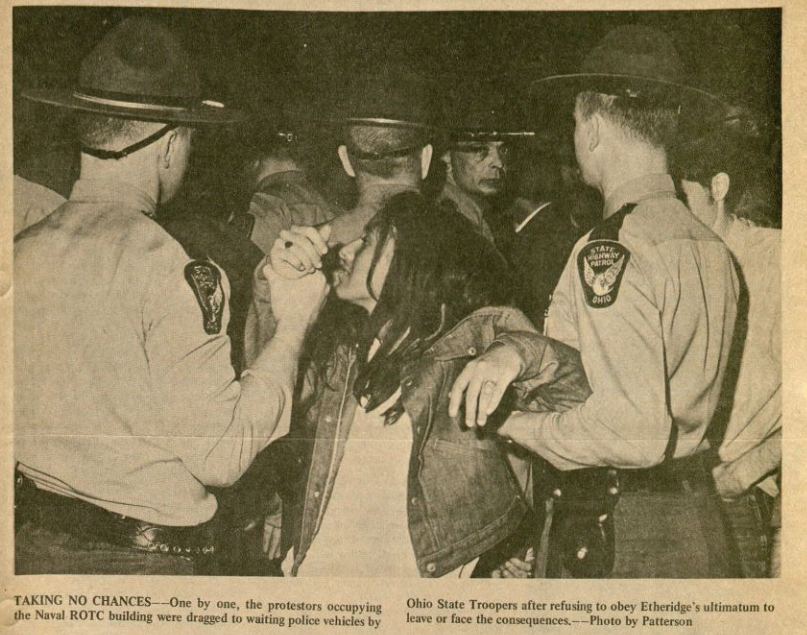 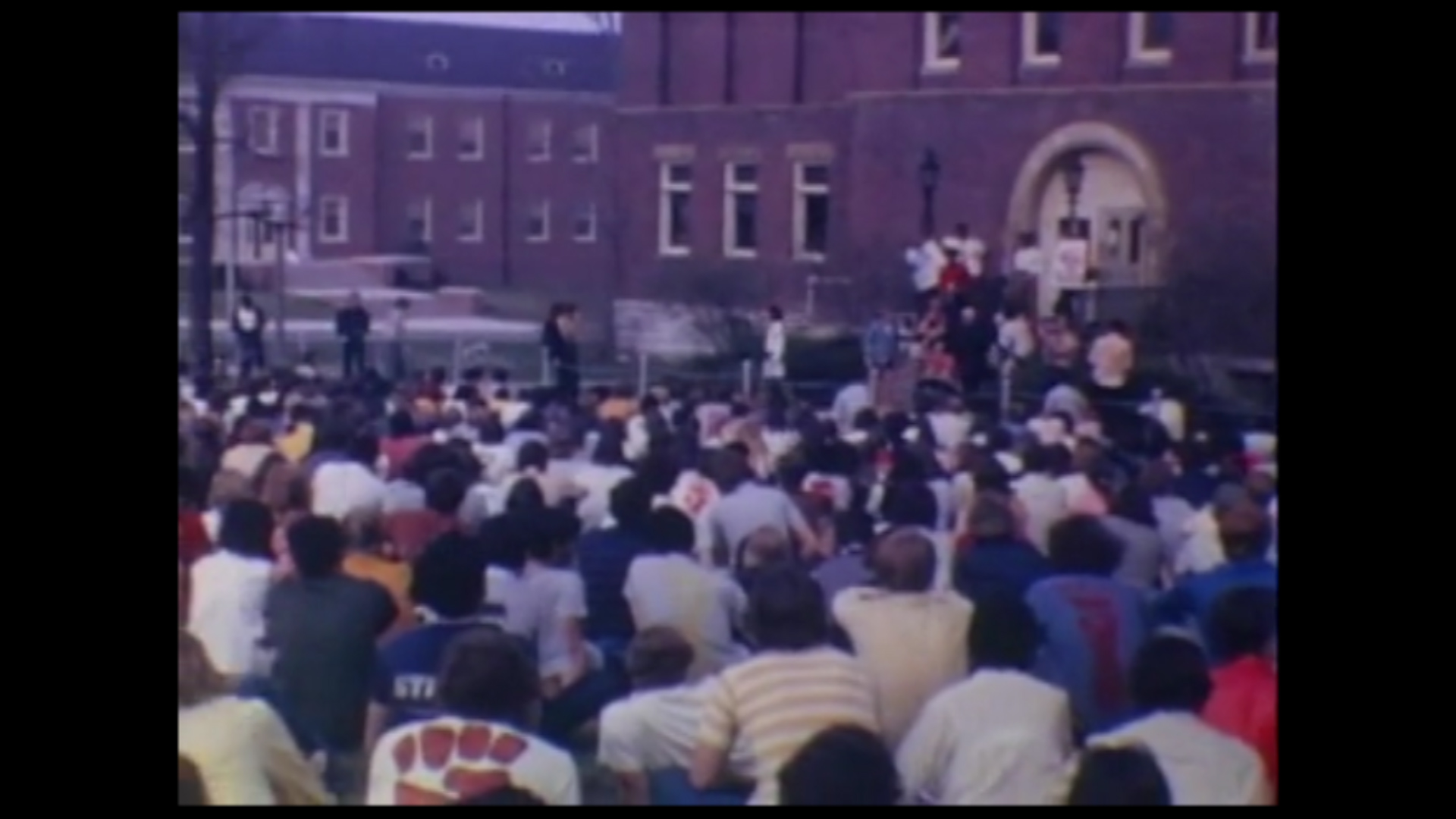 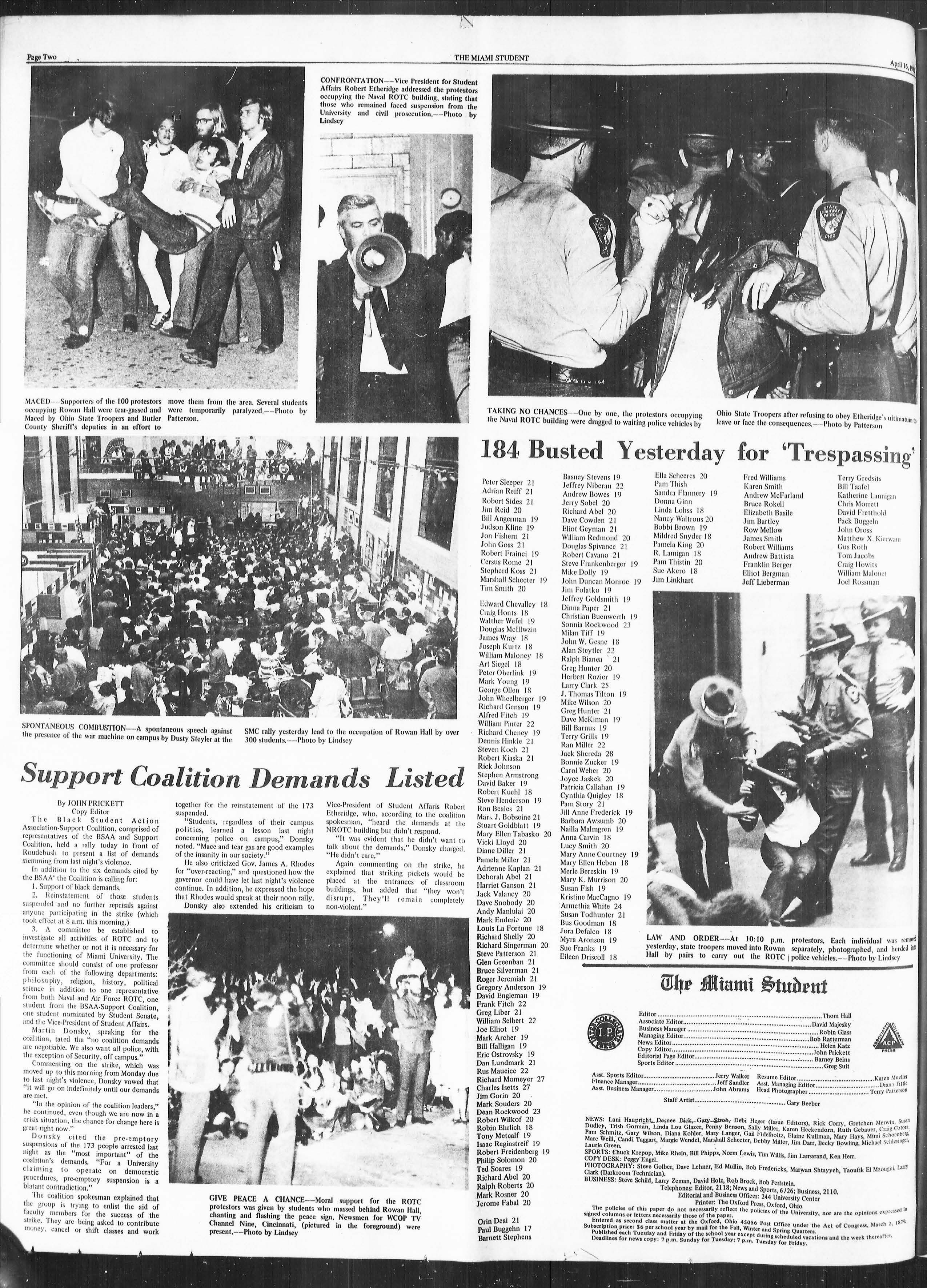 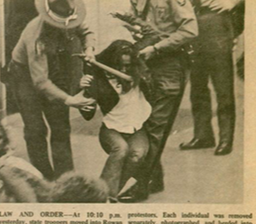 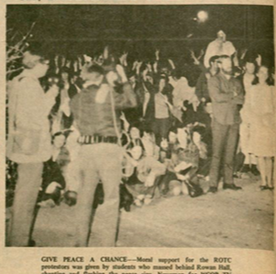 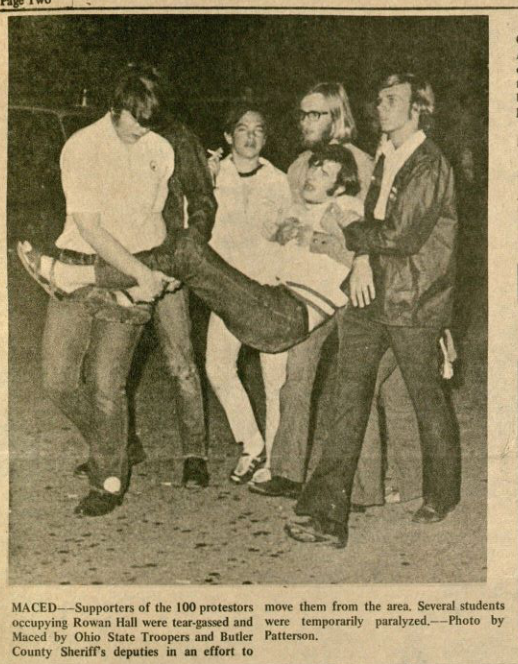 Below, a mockup of the augmented reality display designed for Armstrong Student Center. The video would play over the center photograph here, with other clips and photographs looping as indicated. 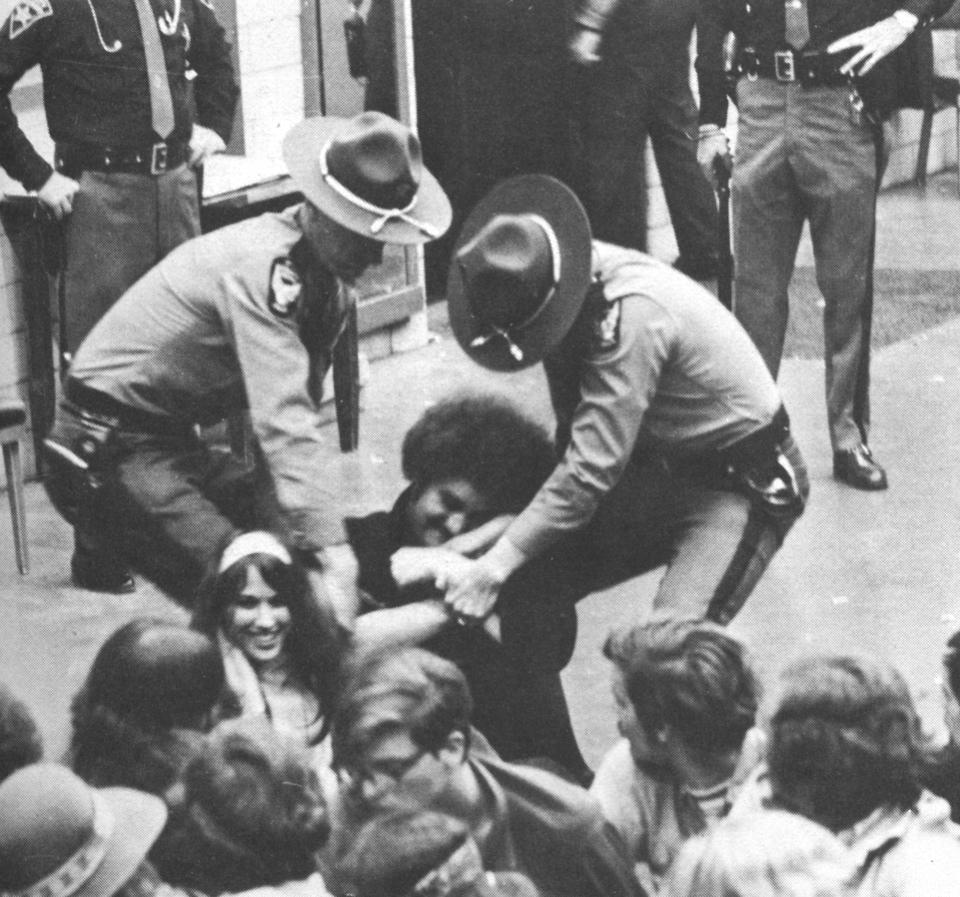