Her first book (in French) Hume. Probabilité et Choix Raisonnable (PUF: 2004) was a philosophical investigation of David Hume’s theory of decision-making. Her second book (in English) Democratic Reason: Politics, Collective Intelligence, and the Rule of the Many (Princeton University Press 2013) offered an argument for democracy based on the collective intelligence generated by the inclusion of diversely thinking citizens. Democratic Reason won the Montreal Manuscript Workshop Award in 2011 and the Elaine and David Spitz Prize in 2015. She is currently completing a third book entitled Open Democracy: Reinventing Popular Rule for the 21st Century, where she theorizes an alternative to representative democracy on the basis of concrete examples of participatory and deliberative democratic innovations.

Hélène is also co-editor with Jon Elster of Collective Wisdom: Principles and Mechanisms (Cambridge University Press 2012), and is currently working on a new edited volume project on Digital Technology and Democratic Theory, together with Rob Reich and Lucy Bernholz at Stanford.

Her articles have been published in, among others, Journal of Political Philosophy; Political Theory; Politics, Philosophy, and Economics; Political Psychology; Social Epistemology; and Journal of Politics. Her research has been featured in the New York Times, the Boston Review, Slate, and L’Humanité. Before joining Yale, Hélène lectured at Brown University and MIT. She is also an alumna from the Sorbonne, the Ecole Normale Supérieure (Ulm), and Sciences-Po in Paris.

A keynote lecture by Hélène Landemore Jelca as part of the 2018-2019 Altman Symposium, Truth and Lies. 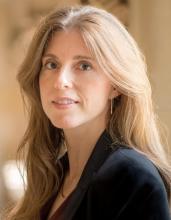