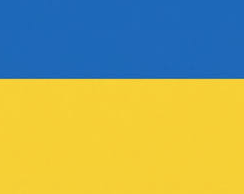 Moderated by Alisa Lozhkina, Ukrainian art historian and curator, Alisa has produced a video that complements the q&a:  https://vimeo.com/695803053.

The event is co-sponsored by the Havighurst Center for Russian and Post-Soviet Studies, Arizona State University’s Melikian Center, and the Institute on Russia at the University of South Florida. The live Q&A will feature Ukrainian curator Alisa Lozhkina and artists Kinder Album, Igor Gusev, and Catherina Lisovenko (please see bios below). This Q&A session with the Ukrainian artists is a part of the Creative Horizons: Art in the Post-Soviet Era series.

Kinder Album - Born in 1982 in Lviv, Ukraine, she studied architecture at the University of Lviv and at the Technischen Hochschule Ostwestfalen-Lippe in Germany. In 2012 she started working under her artist name "Kinder Album", and in 2013 she presented her first exhibition at the Dzyga Gallery in Lviv. She is still particularly active in the art scene of Ukraine, but also exhibits across Europe, from the Germany to Montenegro and Lithuania. In 2021, Kinder Album exhibited outside the European continent for the first time as part of the exhibition "Transcending Boundaries", which was shown at Galeria Tira al Blanco in Guadalajara (Mexico).

Igor Gusev - Born in Odessa in 1970, Gusev is a Ukrainian artist, poet, author of performances, films, objects and installations, participant and organizer of many art events, leader of the Art Raiders movement, and founder of the underground gallery "Norma." He graduated from the Odessa Art College named after M. B. Grekov. Gusev has been participating in exhibitions since the early 90s and is a representative of the New Wave of Ukrainian contemporary art. He is a regular participant in major exhibition projects such as "Restart," "Space Odyssey," "Independent," "20 years of presence," "Double Game" (a special project of the First Kyiv International Biennale of Contemporary Art ARSENALE 2012), Odessa Biennale of Contemporary Art, and "Days of Ukraine in UK." Gusev lives and works in Odessa.

Catherina Lisovenko - Born in Kyiv in 1989, she has lived and worked in her home town. Lisovenko received a classical art education first at the Grekov Odessa Art School, then at NAOMA (National Academy of Fine Arts and Architecture in Kyiv), and at the same time graduated from the "Contemporary Art" course at KAMA (Kyiv Academy of Media Arts).  The artistic language of the artist began with the inheritance of the socialist realist tradition, later transformed into a process of active context redefining. In her practice, Lisovenko addresses power and ideology, as well as the transition from the Soviet to the modern.

Alisa Lozhkina - Ukrainian art historian, critic, and curator--moderates this Q&A session with contemporary Ukrainian artists and helps us to learn their stories and what they have to tell us today through their creative work. From 2013-2016, Lozhkina served as Deputy Director of Mystetskyi Arsenal, the largest museum and exhibition complex in Ukraine. She also served as the editor-in-chief of the major Ukrainian art magazine, ART UKRAINE, from 2010-2016.

(This talk will be recorded and posted, along with a link to a GoFundMe page to raise funds for Ukrainians in exile)