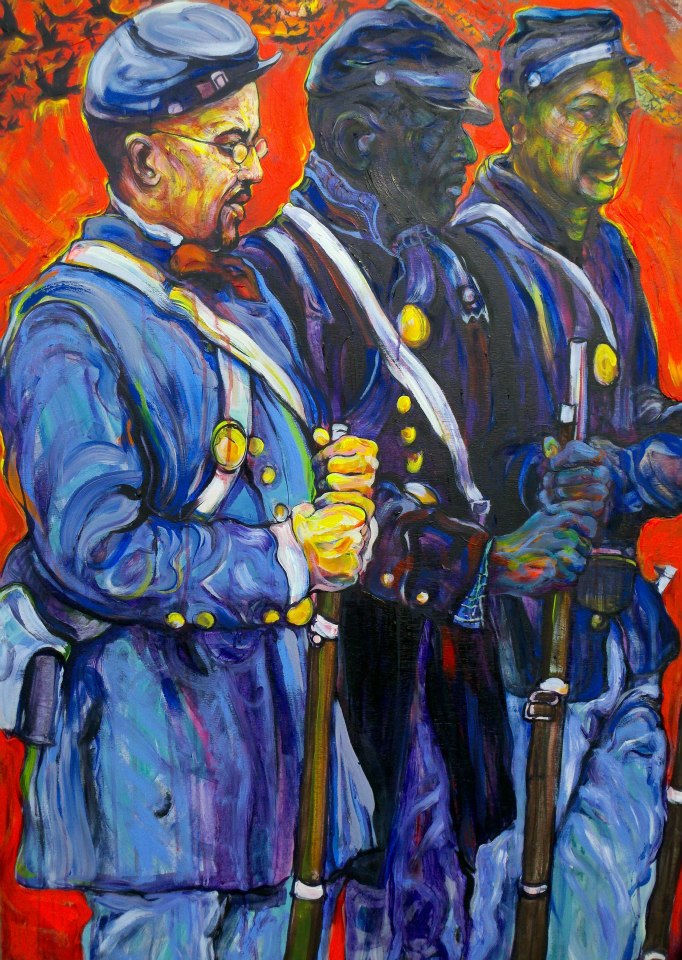 A conversation with Preston Jackson, Professor Emeritus of Sculpture at the School of the Art Institute of Chicago, and Pete Basola, Co-Chair of the Miles Davis Monument Commission in Alton, IL.

Preston Jackson is a highly sought after public sculptor with an impressive list of public art commissions include works honoring historic figures such as Martin Luther King, Jr., and Jean Baptiste Point du Sable; and many icons such as Miles Davis, Ernie Banks, Richard Pryor, Gwendolyn Brooks, and Dr. Daniel Hale Williams.  Jackson has also been commissioned to create numerous public monuments to either commemorate or memorialize significant moments in American history.  Among these works is “Acts of Intolerance,” a piece created to memorialize the “Springfield Race Riots,” and “Knocking on Freedom’s Door,” a 25 foot bronze monument commemorating the Pettengill home in Peoria, a historic station along the Underground Railroad.

We'll talk about public sculptures, statues, and monuments today, focusing on the commission Jackson received to build a statue commemorating Miles Davis in his hometown of Alton, IL (full disclosure:  also my hometown). We'll be joined by Pete Basola, former band director at Alton High School and the Co-chair of the commission that sought to commemorate Davis and that awarded the commission to Jackson. 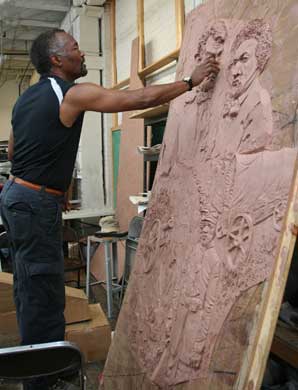