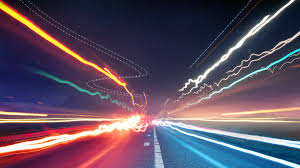 The Networks and Power symposium featured panel discussions, keynote presentations, and interventions by Altman Fellows and Altman Scholars alongside invited guests. Together these interrogated interrelationships between networked environments, both old and new, and varied forms of power. The symposium raised questions about how established forms of powers are being contested and reconfigured by democratized uses of networks, as well as the exploitative dimensions of networks as they are used for surveillance, security, control, and regulation. It begun to bring questions about contemporary networks into conversation with transhistorical examples, to show that their dynamics are not only a pressing issue for today but have deep and perhaps unexpected roots in the histories of earlier forms of information production and circulation.

“Drone Media,”Lisa Parks, Professor of Film & Media Studies at UC-Santa Barbara and author of Cultures in Orbit: Satellites and the Televisual

“Imagining Networks, Feeling Power,” Wendy Chun, Professor of Modern Culture and Media at Brown University and author of Control and Freedom: Power and Paranoia in the Age of Fiber Optics