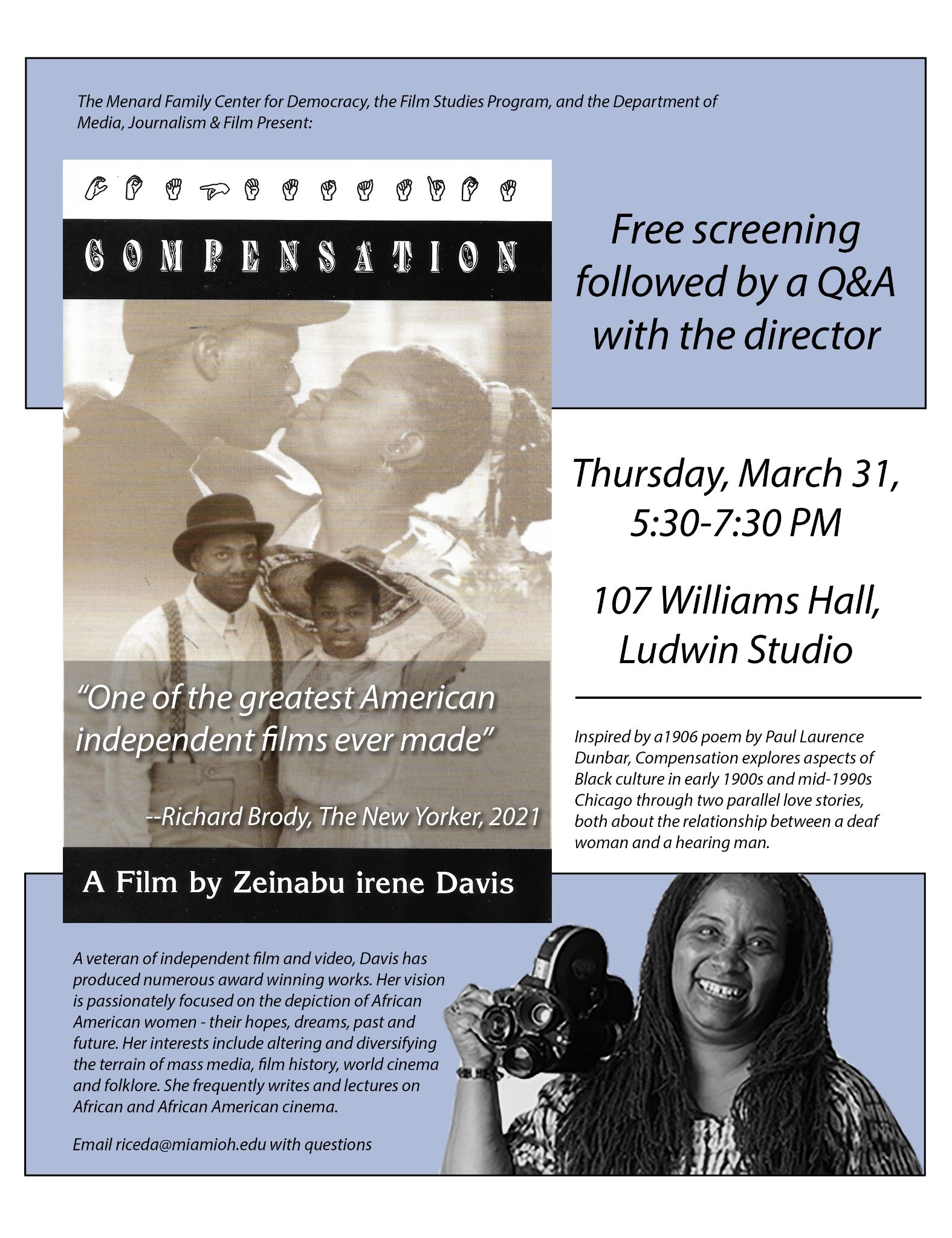 Inspired by a 1906 poem by Paul Laurence Dunbar, Compensation explores aspects of

both about the relationship between a deaf woman and a hearing man.

A veteran of independent film and video, Davis has produced numerous award winning

works. Her vision is passionately focused on the depiction of African American women

- their hopes, dreams, past and future. Her interests include altering and diversifying the

Sponsored by The Menard Family Center for Democracy, the Film Studies Program,

and the Department of Media, Journalism & Film. 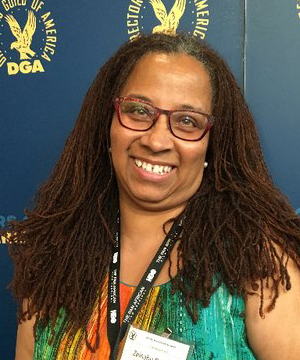