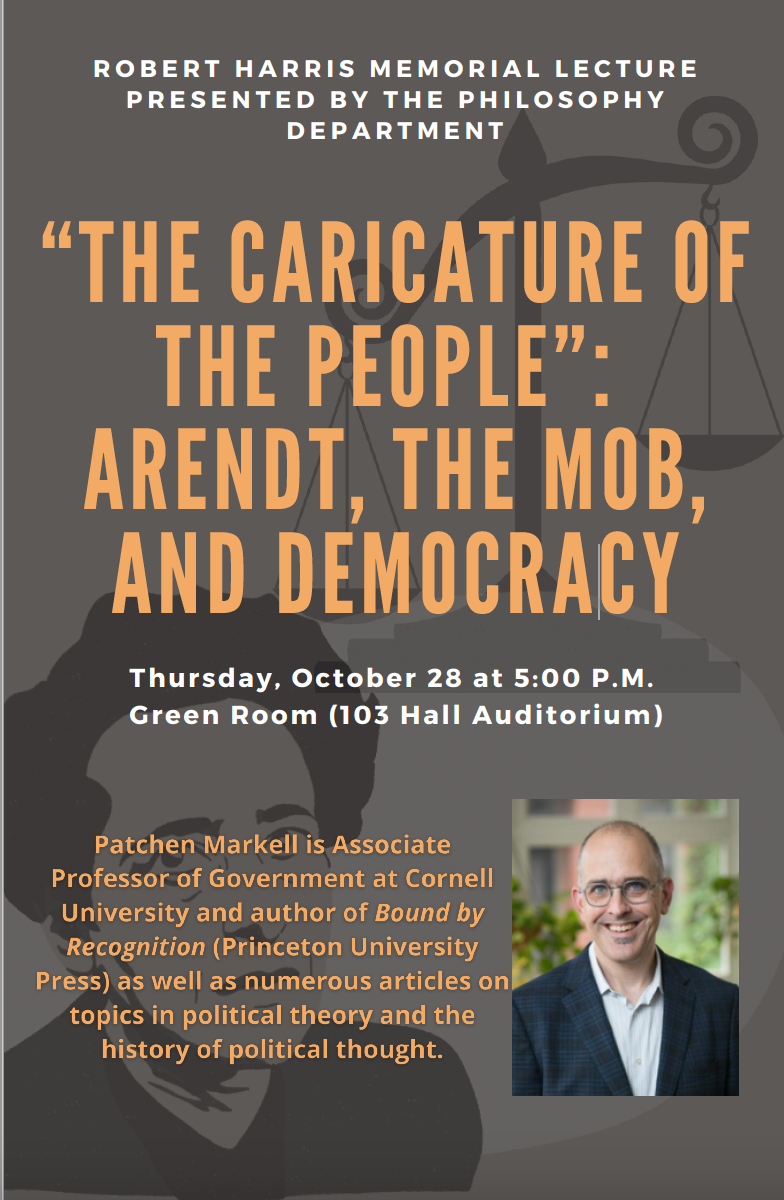 The Caricature of the People: Arendt, the Mob, and Democracy

Patchen Markell will be giving the annual Harris Lecture on Thursday, October 28 at 5:00 pm in the Green Room, Hall Auditorium.

The term "mob" belongs to the vocabulary of antidemocratic reaction: it began as a contemptuous label applied to "the people" by those whose privileges were threatened by the assertion of popular power. It also belongs to the vocabulary of democratic theory, where it represents the stain that some champions of democracy have sought to remove from the idea of the people, with the help of the strong cleanser of rationality and the stiff brush of virtue. This lecture will explore a very different and unfamiliar way of using the term "mob," based on a careful reading of the political theorist Hannah Arendt's use of the term in The Origins of Totalitarianism, and especially in her analysis of the Dreyfus Affair in fin-de-siècle France, one that has surprising resonances with dissident strands of Marxism, and which may still be of some use today in navigating the promise and perils of popular politics. 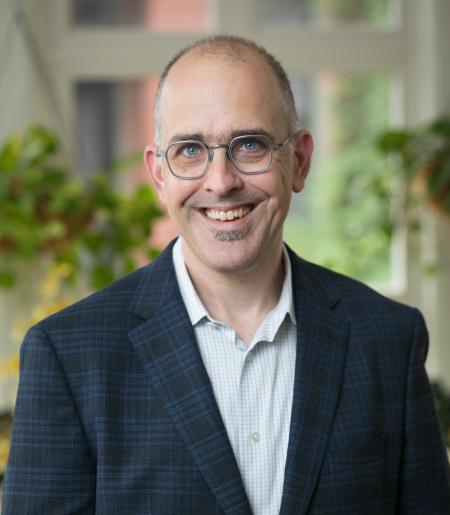