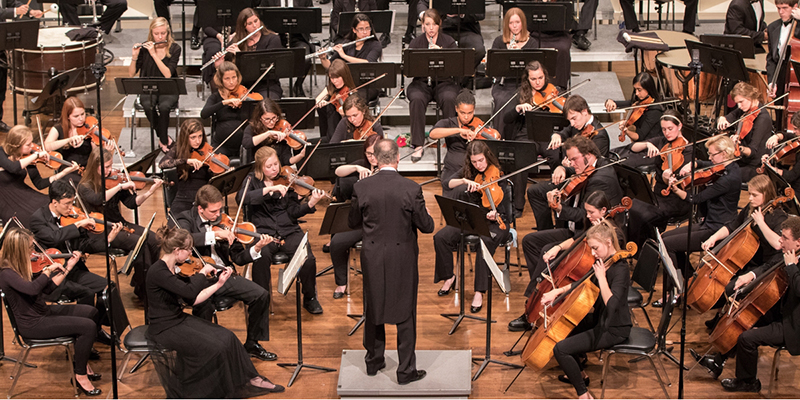 The Two Faces of Freedom

The Miami University Symphony Orchestra under the direction of Ricardo Averbach will present a concert dedicated to two different visions of the idea of freedom, from two different times, and peoples. The first portion of the concert is a response to the Freedom 55 Conference: Freedom Summer, Then, Now and the Future, which Miami University is sponsoring at the National Underground Railroad Freedom Center. In paying tribute to the Civil Rights Movement, the Miami University Orchestra invited the Diversity Fellows of the Cincinnati Symphony Orchestra to perform as soloists in the composition Urban Legends, by African American composer Michael Abels, who specializes in concert orchestral music, with elements of blues, jazz, and bluegrass. Abels is particularly known for having written the soundtrack for the movies Get Out and Us.

In collaboration with the Havighurst Center for Russian and Post-Soviet Studies, the second portion of the program will feature the performance of Shostakovich’s Symphony No. 5. Written in the shadow of Joseph Stalin, this symphony premiered at the height of the Stalinist purges of 1937, when millions of Soviet citizens were forcibly relocated, exiled and/or killed outright. At that time, Shostakovich was emerging from a period of total musical banishment, by presenting his fifth symphony, and calling it “a response to my critics.” Being such a talented composer living and creating within one of history’s most restrictive, whimsical, and repressive regimes, this symphony surfaced as a work marked by paradox and ambiguity, which will lead us to passionate discussions. The concert will also feature a special performance by Caroline Grace Williams, Miss Ohio 2019, performing the poignant aria O mio babbino caro, from the opera Gianni Schicchi by Giaccomo Puccini. Her presentation with the Miami University Symphony Orchestra is in preparation for her participation in the Miss American pageant the following month, when she will sing the same aria on national television, accompanied by the recording of the Miami University Symphony Orchestra under the direction of Ricardo Averbach.

This concert is free and open to the public. No tickets are necessary.