Author Ann Hagedorn will visit Miami  Nov. 12 to talk about her latest book, Sleeper Agent: The Atomic Spy in America Who Got Away. Hagedorn, a former Wall Street Journal journalist who now resides in Ripley, Ohio, will speak at 1:30 p.m. in King Library 320. Sleeper Agent, released in July to rave reviews, tells the story of a little-known Soviet spy named George Koval, born in Iowa, raised in Russia and then recruited by the Russian military to spy on U.S. sites producing atomic bombs.

The Iowa native charmed everyone he met, loved Walt Whitman, played baseball, and could reel off the stats and history of every big-league pitcher. He was a gifted science student who took courses at Columbia University and City College of New York in the 1940s. But George Koval was also a Soviet, military-trained intelligence officer who gained full U.S. security clearance at two top-secret sites of the Manhattan Project where the fuels plutonium, uranium, and polonium were produced for the atom bomb.

Under cover as a U.S. Army corporal, Koval worked with a handler who lived in the Bronx and operated a cover shop in Manhattan. Through him, Koval sent atomic secrets to Moscow that would help to shorten the time it took the Soviets to build their own atom bomb— years earlier than U.S. experts had predicted. With his self-designed tapestry of lies and half-truths, Koval was not detected by the FBI until after he had returned to the Soviet Union, where the accomplishments of his eight years as a spy in America were known only to top intelligence officials. He escaped with barely a scratch, and his intriguing story remains little known to this day.

In Sleeper Agent: The Atomic Spy in America Who Got Away, Hagedorn exposes fresh parts of the 1940s atom bomb history — including the production of polonium crucial to the atom bomb’s trigger, the importance of a Dayton, Ohio, site tied to the Manhattan Project, and the tactics and techniques employed by Soviet military intelligence in wartime America, such as the use of science-trained student spies. Sleeper Agent also delves into the psychology of the spy, shedding light on the hopes, fears, and beliefs that spurred Koval’s decisions, including the anti-Semitism he experienced in both the U.S. and U.S.S.R. and how he embedded himself so completely and successfully as the ultimate sleeper agent. 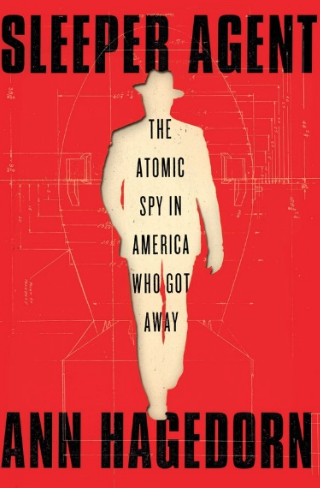