Isabel Wilkerson, a journalist, best-selling author, recipient of the National Humanities Medal and first woman of African American heritage to win the Pulitzer Prize in journalism, spoke to an Oxford audience Thursday, Sept. 9, for Miami University’s Altman and Focus Programs on Race, Racism, and Racial Justice.

She delivered her presentation, “A Conversation about Race and Caste,” via Zoom and to a live audience of students, professors, alumni and community members in Hall Auditorium.

Wilkerson talked about her most recent book, “Caste: The Origin of Our Discontents,” which she claims she did not wish to write, “but that demanded to be written.” The New York Times called it “an instant American classic” and “almost certainly the keynote nonfiction book of the American culture thus far.”

“The book argues that caste — a society-wide system of social stratification characterized by notions such as hierarchy, inclusion, exclusion, and purity — is essential to understanding race and racism,” said Tim Melley, director of the Miami University Humanities Center, in his opening notes.

“What caste allows us to see, is that what is underneath the structure of our country is a hierarchy that dates back to the 17th century that was quantified with the institution of slavery,” Wilkerson said. “Slavery lasted for so long that it will not be until next year, 2022, that the United States of America will have been a free and independent nation for as long as slavery lasted on this soil.”

Before she addressed the Miami community, Wilkerson spoke to 21 students and three professors in a Q&A session Thursday afternoon.

Wilkerson talked about the consequences of slavery and the disparities that are inherited and embedded in our society that affect African Americans today. She referenced recent events, such as the Black Lives Matter protests, the murder of George Floyd, and the attack on the Capitol in January, when a mob stormed the building with militia flags and banners of extremist groups.

“We are witnessing the ongoing consequences of our racial caste system,” Wilkerson said.

Wilkerson won the Pulitzer Prize in 1994 while working as the Chicago Bureau Chief for the New York Times. The award in the feature-writing category was for her coverage of the 1993 floods that devastated the American Midwest.

Wilkerson’s talk on Thursday was the opening lecture for the 2021-2022 Altman Program, which invites the Miami community to explore the persistence of racism in its cultural, political and institutional forms “with new eyes and a sense of humility about the way race is embedded in our institutions, assumptions and practices as a society and as a university,” Melley said.

Altman Faculty Fellow Stefanie Dunning said every Miami student can ask themselves what they know about race and racism and where they got that information.

“Students can add other source material to their knowledge and test whether their assumptions and beliefs about the history and unfolding of race and racism (are) valid,” she said.

José Amador, co-curator and Altman Faculty Fellow, said he sees the series as a valuable resource for students.

“People who attend the Altman series will benefit from thinking in a different way,” Amador said. He added that the series will address “different kinds of questions about the topic of race and racism and its implications, not only in the past but also of contemporary debates.”

Students appreciated the semi-virtual format of Wilkerson’s lecture because the audience gathered in person.

He said he wanted to shake Wilkerson’s hand and ask questions. He said he was more engaged than when watching lectures at home last semester.

The next Altman lecture will be held under the same format at 5 p.m. Thursday, Sept. 23, in Shideler Hall, room 152. Guest speaker Achille Mbembe, a renowned philosopher, will talk to the Miami community from South Africa and present his book “The Becoming Black of the World.” 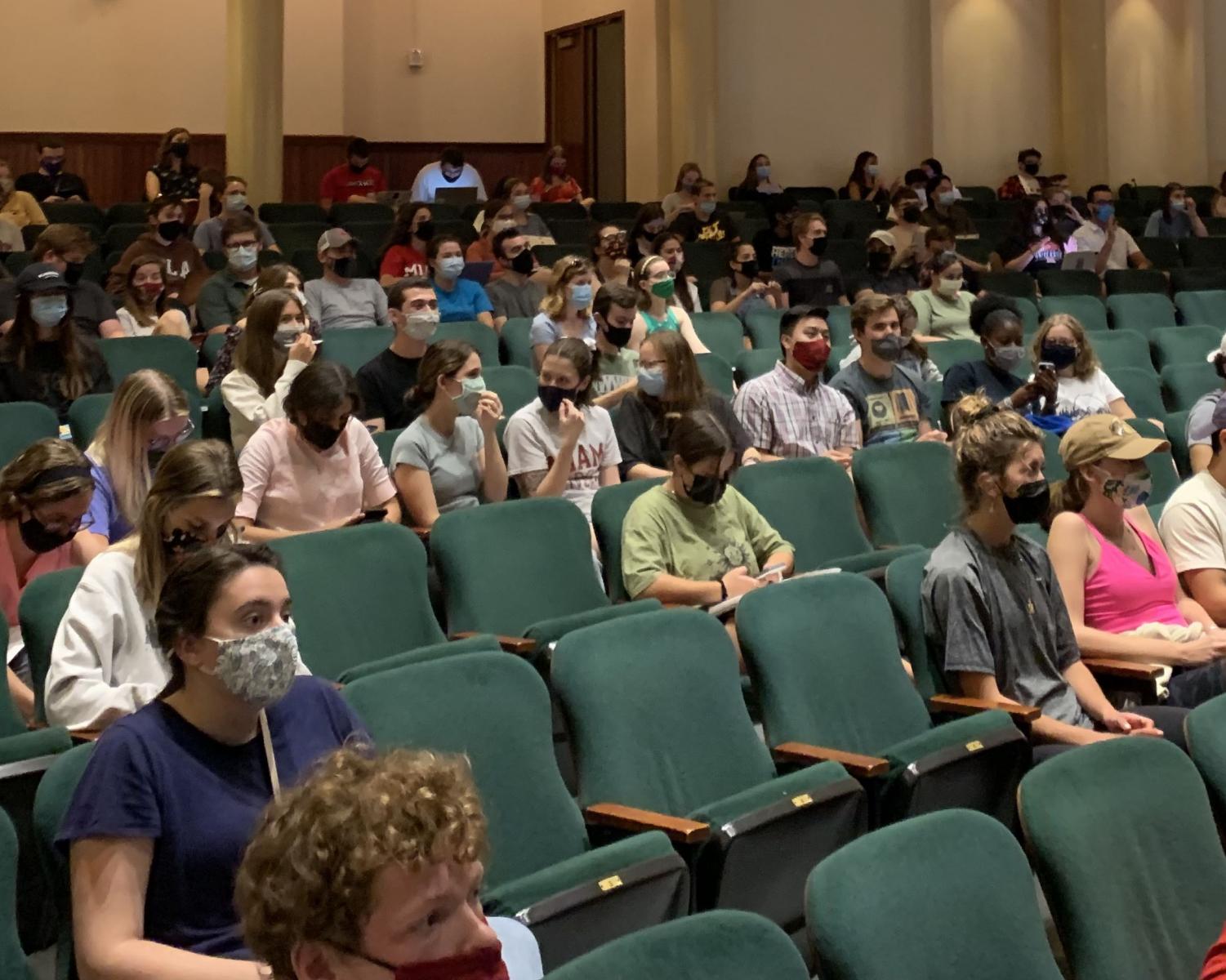