Faculty, alumni, students, and community members recently gathered to mark the 50th anniversary of the Rowan Hall protests. On April 15, 1970, Miami University students broke into and occupied Rowan Hall to protest the Vietnam War. After the number of students swelled, the conflict escalated. Miami administrators called the Oxford Police and Butler County Sheriff’s Department to force the students to leave under threat of arrest. Around 176 students were arrested, and the event foreshadowed the tragedy at Kent State on May 4, 1970, which led over 700 colleges and universities across the country, including Miami, to close for portions of the spring semester. The takeover was unprecedented in the history of Miami University. Students demands included ending the Vietnam War and calling on the university to pay attention to and support African American students, Black studies, and Black history on campus.

Since Fall 2019, the faculty team Andy Rice (Assistant Professor of Media, Journalism, and Film) and Eric Hodgson (Smale Center Director and Associate Professor of AIMS) have led a Humanities Lab. Students working in the lab collaborated to research and present the history of the Rowan Hall protests. The lab created an augmented reality app to present their research and to provide a compelling and poignant way for visitors of the Armstrong Student Center, which was built on the site of Rowan Hall, to interact with history. The team planned to hold a lecture about the takeover and a panel discussion with the protest participants in 2020, but those in-person events were postponed due to the pandemic. The lab team finally held the lecture and panel discussion on October 28, 2021.

In the panel discussion, the faculty and alumni who were involved in the Rowan Hall protests shared their experiences, stories, and memories with their audience, formerly the site of Rowan Hall. Participants included J. Elliot, Frank Fitch, Sandra Gurvis, Leonard Harris, and Rick Momeyer. The panel discussion was moderated by Curt Ellison. Their narrative was vivid, emotional, and powerful.

Sandra Gurvis, an alumni who was a first-year student in 1970, said that she gets emotional whenever she recalls the memories of the time. “It was a life-changing experience which is not a funny game at all. It was very serious, and it gave people a lot of pain,” said Gurvis. “People were shouting and [it was] very chaotic. . . and I watched [police officers] drag my friends to the waiting vans by their hair and by their armpits. My friends were screaming.” She added that the experience at Miami was a starting point for her as a writer and a journalist.

The Rowan Hall Humanities Lab team also launched an augmented reality smartphone app to commemorate the protests. Those who attended the event were able to test out the app after the panel discussion. Videotaped performance pieces and interviews with key participants of the Rowan Hall protest were virtually embedded via the app into the Shade Family Reading Room in the Armstrong Student Center, which is the space formerly occupied by Rowan Hall.

Please check out this short video of project’s final product that includes interviews in which former Miami students and administrators reflect on what the moment was like. 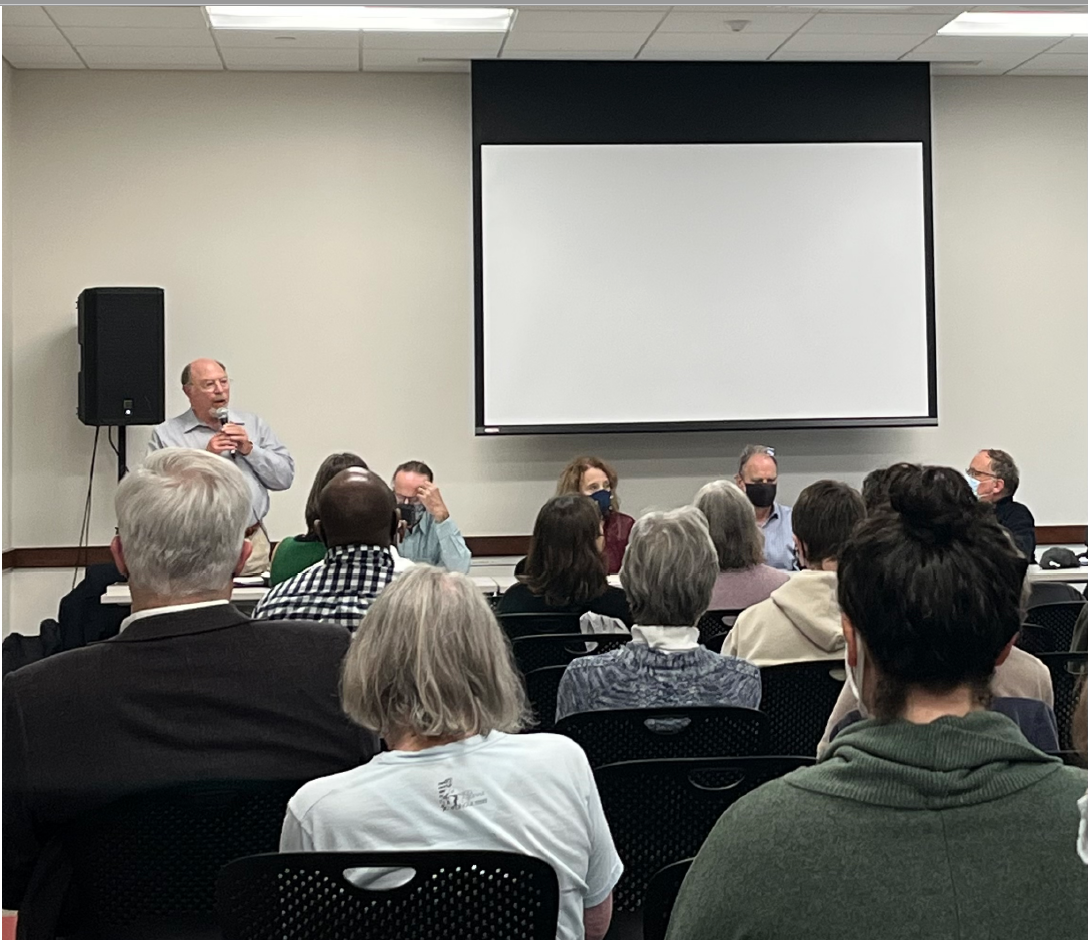